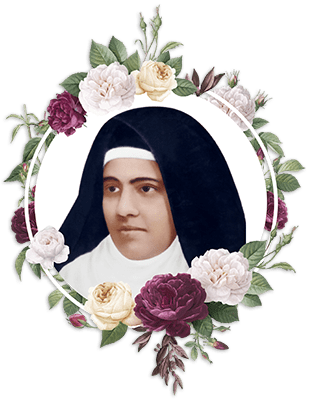 Mother Teresa was born on January 29th, 1858 in Chennai, to devout Catholic parents. Christened Mary Grace, she lost her mother at a young age, but her caring and affectionate father provided her with an excellent education that prepared her for her future apostolate.

When she was 28 years old, she was invited to teach in a school in Alleppey (Kerala) managed by the Carmelite priests. The school was not functioning satisfactorily when she took over the reins, but she quickly turned it into a success story. A little later, Mary Grace who took her oath to be a Carmelite Sister, was professed in 1884 and subsequently named Sr. Teresa of St. Rose of Lima.

Sr. Teresa eventually began teaching in St. Joseph’s Convent at Alleppey and lived a religious life according to the Regulations for the Sisters of the Third Order of Our Lady of Mt. Carmel. In 1887, she was entrusted with the responsibility of educating and caring for the needy and the oppressed in Ernakulam. It was for this noble mission that she founded the Congregation of Carmelite Sisters of St. Teresa on April 24th, 1887 in Ernakulam. As the founder of the Congregation of Carmelite Sisters, she responded in a prophetic manner to the demands of the Gospel and the Church and led the marginalized in society to live with dignity and secure their rightful place in society by fostering a ‘civilization of love’. Soon she became a ‘Mother’ to the poor and the outcast in society.

Sr. Teresa and her congregation became the pride of the neighborhood with its selfless service to the sick and the dying, caring for the destitute, and a soup kitchen for the famine-hit public. In just fifteen years, Mother Teresa placed the congregation among the most note-worthy in social service, braving all the implicit challenges.

Mother Teresa’s remarkable life came to a tragic end on September 12th, 1902, when the train she was travelling in, rushed headlong into a river in Andhra Pradesh, following a sudden and violent storm. The congregation, left orphaned by her sudden demise, gathered its strength and continued its life of prayer and apostolic work along with public service, gradually growing into a widely spread chain of institutions.

Today, the congregation has more than 120 branches worldwide with schools and colleges, technical institutes, social work and social action centers, hospitals and hospices, homes for the aged and the sick, orphanages and prisons, centers for development and rehabilitation of women and children, et al, with the motto – ‘Empowerment through Education’.